I was born in a trailer (caravan), I spent most of my childhood living on a few different bits of camps. We just moved from one place to half a mile down the road. It was just how we lived and the council never seemed to mind. My Mam and Dad would give the council men a coffee, my uncles and aunts would sit in and have a chat, all was ok with the world. Then the law changed. The childhood I had known, the life my parents and grandparents had known was gone. We had to move into a house because it got too hard to simply be!

We continued to come out the house for an all too short summer and a tearful good bye, back to the house. Back to pretending, back to trying to fit in with the people around us.

Time moved on and things continued to get harder, very few people travel now, well not without a need. But it happens.

Sadly we are now more visible because the old stopping places have disappeared;  my first play ground is a cinema, my puppy is buried under a housing estate, I lost my old roller boot to what is now a shopping centre. 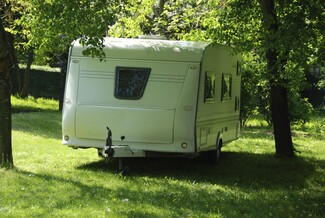 So we have people being moved on every other day, we have the criminal element, those with no respect for the law or the land branded as the typical Gypsy or Traveller. We have the behaviour of fly-tipping and anti-social behaviour branded as part of our ethic identity. The issue has become so complex, and the camps have a direct, undeniable link with whether or not people get permanent sites or not. Roadside Gypsies and Travellers are always seen as a problem to be removed rather than a community in dire need.

25% of Gypsies and Travellers in England were homeless the last time anyone bothered to check, for the vast majority of those people a permanent home is the answer, and I will always say that as to be a priority.

But that leaves a burning question, what do we do for those who are not homeless or don’t want to live in a site or in a house?
Do we allow the injunctions to continue, banning persons unknown from being able to stop in an area of importance to them, do we ban their children from feeling they belong within a group? Do we allow ourselves to be villainised? Or do we begin to look at what’s been working? Do we come up with a unified alternative to the divisive narratives? Do we, as Gypsy and Traveller people start a conversation to put the brakes on?

I personally feel I have a duty to.

And that’s why I’m saying negotiated stopping is a step back. It’s a step back to what my parents did. Sometimes we have to recognise that pushing forward isn’t always the right direction.
I support Negotiated Stopping.
#isupportns